Hillary Clinton made a quick stop this weekend in Flint, Michigan to address the city’s water crisis. Her rivals have called the visit a ploy to shore up the African American vote. Flint Mayor Karen Weaver, who met Clinton yesterday and has endorsed her for president, weighs in on the issue.

By Webmaster | Community, Flint | No Comments 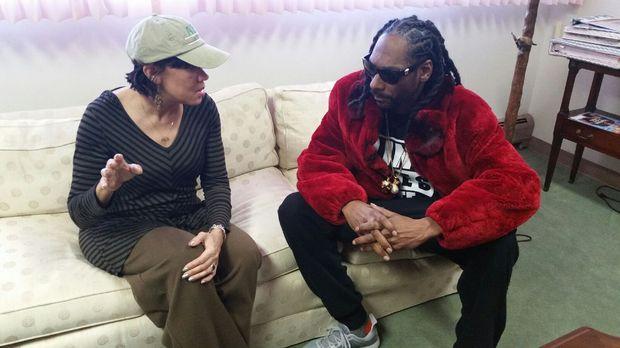 But before he hit the stage in the Motor City, he made a surprise trip to Flint.

Snoop Dogg met with Flint Mayor Karen Weaver for over an hour at the Ivy House, during a water drive, to discuss ways he can assist with the water crisis.

Instead of just distributing water, Weaver said Snoop Dogg talked about things he wanted to do to support the people of Flint.

Over the next week, she plans to stay in contact with Snoop Dogg to put some things in motion for the city but wouldn’t go into detail about what exactly will happen. They’re planning both immediate and long-term action, according to Weaver.

“Somebody said, ‘Well, you don’t have any ties to Flint, what made you come here?'” Weaver said. “He said, ‘We do have ties, we’re people.'”

“What is really nice is that he signed on for the long haul,” Weaver said. “We don’t want attention just now. We’ve needed it for a long time. We have it. The impact is going to follow some of our kids and families for the rest of their lives. We can’t let the attention go away.”

© 2020 Karen About Flint. Paid for by the Friends of Karen Weaver, Shirley Johnson, Treasurer